A downloadable game for Windows

DERE EVIL EXE is both a terrifying thriller with a gripping story and an unorthodox retro platformer with unique puzzles and obstacles.

In DERE EVIL EXE, you step into the tiny shoes of a silent hero named 'Knightly'. Knightly must jump, run, and manipulate environments in order to survive the heart-racing journey through a stunning pixel art world.

Within surreal structures and blocky hills lurk dangerous creatures known as 'corruptions'. They take the form of their creator's greatest fears. Their creepy creator, sporting a cunning visage of cheerfulness, hides in plain sight as she watches her prey fall deeper into her traps.

A GAME LOST IN TIME
Modern 2d side-scrolling horror game with levels inspired by the simplicity and aesthetics of 16-bit arcade classics of the 80s and 90s.

MELODIC MADNESS
The game plays either catchy retro chiptune music or ominous PSX era orchestral music, depending on the situation.

IMMERSIVE TALE OF HORROR
A completely new meta story that bends the creepypasta genre in ways unseen in the video game world.

STANDALONE SEQUEL
You don't need to have played the award-winning Dere .Exe, Sorority Rites, and The Last Yandere to enjoy DERE EVIL EXE.

PLEASE INSTALL OPENAL SOUND ENGINE OR ELSE YOU WILL ONLY HEAR MUSIC IN THE GAME AND NO SOUND EFFECTS (Voices, Jump effects, coin sounds, menu beeps, etc)

Not all computers have OPENAL built in. No harm in installing it's just 500kb to download and may improve the 3d sound for most games: https://www.openal.org/downloads/

We make games with intertwined stories, all taking place in the same universe: ours. If you'd like to see more please consider making a donation. Check out more of our works at our website AppSirGames.com and subscribe to our YouTube channel as well. Thank you!

In order to download this game you must purchase it at or above the minimum price of $1 USD. You will get access to the following files:

I finished the game in about an hour.

Honestly, I don't think it's that DIFFICULT, most of the difficulty is due to bad controls. No offense to the dev, but there is no momentum mechanic, so the character doesn't keep moving in the same direction when you jump off a moving object, or let go of the movement key.

in addition, there are a few jumps that don't appear to have been playtested, the biggest is one where there's a couple sawblades right next to a checkpoint (luckily) where the gap is too high to clear with a single jump, but too low to clear with a double jump, so you have to kind of do a double and then awkwardly fall through the hole.

The spinning parts were also terrible in general due to no friction either.

In addition, there were multiple parts that could be cheesed, most of the falling platform sections were basically skippable, most of the sliding puzzles allowed you to just flick into a blank wall and reset or skip mechanics, and the final boss has a spot where she can't hit you at all.

I'd give it a 6. I'd say it's not that bad but as the 6th game AppStir's put out, it really should be better

Just finished this and I really enjoyed it for the most part. Without giving anything away there is a section toward the end that I found very annoying to control, but I'm assuming that frustration was probably intentional, given the themes of the game. Great job!

thank you so much, joe! that's an incidental free pass for me because it wasn't meant to be annoying! haha. but the nature of the games gets me off the hook sometimes haha. thanks again for buying this!! more to come

this is a big coincidence, i downloaded your game on my cell phone a week ago, and i was browsing here and found it again, i just have one thing to say ... YOUR GAME IS GREAT.
NOTE: sorry if I noticed some English errors, I'm using google translator to write this, because I'm from Brazil :D

thank you for playing my games and for the kind words!

there seems to be a bug - if a controller is used, the character jumps, but the spike blocks don't rotate. is the game keyboard-only?

Yes, it is keyboard only. In fact, glitches happen like no movement animation or sudden stopping when there is a controller plugged in. It's best to unplug the controller and play with keyboard. But I have seen someone find a way to use a controller for this and for HopBound.

Here is an excerpt from one of the steam reviews:

my bad. thanks for the information!

This game is great for people who like difficult games. The gameplay is similar to Super Meat Boy, in that there's a lot of failure, but not much punishment. The narrative is fun to follow, too. Great job to the developer! :>

thank you so much! i hope you enjoy HopBound too. it's a bit different but if you liked DERE EVIL EXE i bet you'll enjoy that too :)

Very fun and tight platformer that I regually replay.

I rate it very highly

thank you so much for the kind words!

I noticed the song "Your Consenting Mind" at the end of the trailer. Neat to find a familiar song in this game!

Akuma Kira is one of the greatest gamedev/musicians ever!

Anyone know if there's ways to import these pc formats to Playstation VITA? So many would be amazing on handhelds!!

i don't have a playstation vita to know :(

I love this game. It took me and my friend a long time to finish the game and it was worth it. I got to play the mobile version and the computer version on my friend's computer. I applaud AppSir, Inc. for such a great game... no for a great series for Dere .exe was a great game too.

i have played the version avaiable on the play store, and it is pretty good 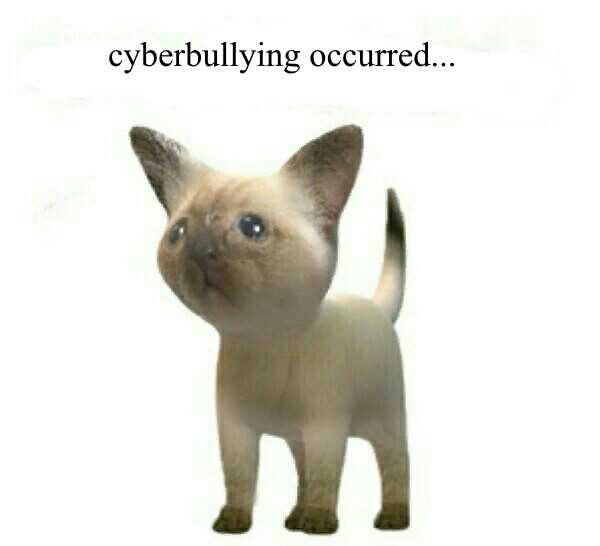 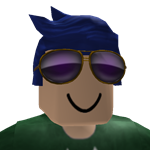 Cool idea. Maybe have it not repeat voice lines over and over though? If you're going to die dozens of times per level it's really annoying to have to hear the same messages as many times.

noted. thank you for the feedback!

I played the first level and was intrigued. I would like to play the whole series, but I'm not sure which order to play them in. What would you suggest?

if you're into just the platformers: Proto DERE, DERE EXE, DERE EVIL EXE, then HopBound

if the whole series, just put in Sorority Rites and The Last Yandere after Proto DERE :)

thank you so much again! I'm interested in seeing you try the new one too :)

Not a problem! I didn't know there was a new one. If you could link it to me at some point, that would be cool.

https://appsir.itch.io/hopbound. We just got back to making games again after two long years

Really great game. It's hard to make a 2d horror game and you really nailed it. The story is great and i like how it's tied into the gameplay, very cool.

VERY worth the money

thank you so much! you may be interested in a game we just released that's sorta like a standalone sequel to this one. HopBound

Anywho, this game is phenomenal. Everything from the nostalgic pixel style graphics to the rage platformer gameplay really brought back memories of DERE.EXE and other awesome platformers and meta horrors. I'm absolutely in love with the story you're telling with this series, and I don't want to spoil anything in the review. I'm definitely awestruck by how glitch-free this game is. You do a really great job as Dev to keep everything clean and working without fail or corruption in this series. I just hope everyone else is able to make the right decision like I did. Good thing too. G o  t in  t o. Go d th ng t  . G  d   in     . ------.

thanks again sega fan! btw there;s a new one and it's called HopBound :)

What an amazing platformer retro style horror game!  This is really cool and different from most horror games I have tried!  Great job :D

thank you again for the kind words! there's a new one too :)

Dere Evil .Exe is the followup to Dere .Exe, a game I randomly stumbled upon back in February of this year.

Dere Evil .Exe extends the universe, raises the bar and makes me excited for what the future of the Dere series can go -- whether a return to visual novels, more of these action platformers or a whole new direction.

The original Dere .Exe really impacted me (and many others) in a way I wouldn't have expected. AppSir is an underapreciated developer and one I want to support in every possible way. I've purchased Dere Evil .Exe across all platforms, because I believe in them that much. Do yourself a favor and play this game.

I'll post my playthrough below if you get stuck or find it too hard, but seriously -- drop the $1 on this gem and support a great studio. 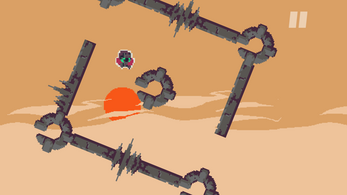 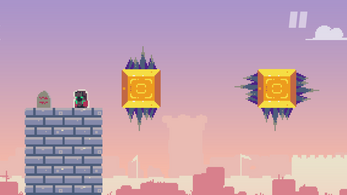 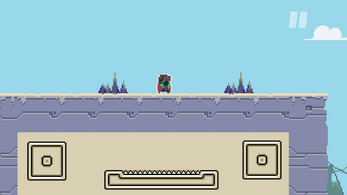 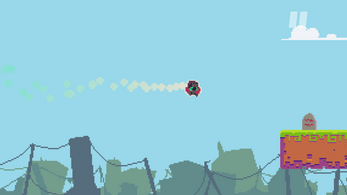 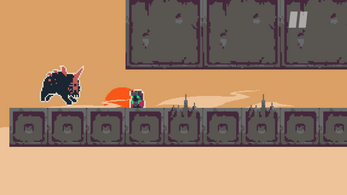 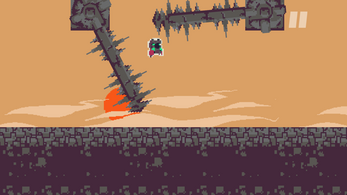 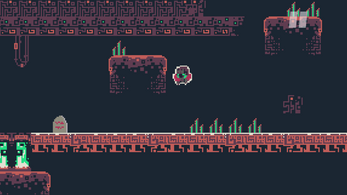